You haven't used this form for a while - to protect your data, the form session will expire soon

Get to know the members of the GOSS QA team better. We've caught up with Alex, Maclean, and Victoria to find out a bit more about what they do at GOSS. 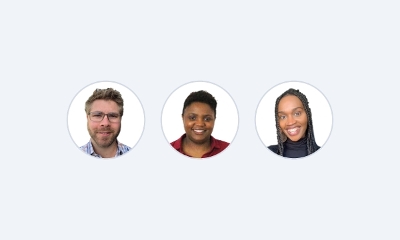 The QA team is a core part of the development process to support effective and efficient releases of quality software to our clients, the team is comprised of Alex, Maclean, and Victoria. Discover a bit more about each of them below...

How long have you been at GOSS?: Just over 6 months.

What do you enjoy most about being on the QA Team?:  As the QA Team is fairly new there is a lot of scope for improvements and change. Knowing that I can make a huge difference to the way we conduct QA activities and ultimately how this will benefit GOSS and our clients is such an exciting challenge. The QA Team is a lot of fun. Being a part of this means that I get to work and laugh with great people every day.

What has been your greatest achievement at GOSS so far?: Whilst I've only been with GOSS for a relatively short amount of time there are already a number of things that I am proud of:

But if I have to pick just one. I have recently recruited two additional QA Team members. Whilst the above are great accomplishments and will no doubt play into the success of QA activities, the fruits of a strong team outweigh the work of any one individual or accomplishment. So adding more talented people to the team is definitely the most important and most significant impact I've made to GOSS so far.

What's the best thing about working at GOSS?: I have found the culture at GOSS to be one of respect, willingness and collaboration. It's not a them and us silo operation but rather a cross-team endeavour.

Who would play you in a movie about your life?: That would have to be Kevin Costner he can bring his bow but should lose the mullet.

What's your guilty pleasure?: I suppose I could say something about being a secret eater but that doesn't feel like a big enough confession. It's singing my heart out to Taylor Swift.

Favourite motto/ quote?: "Therefore do not be anxious about tomorrow, for tomorrow will be anxious for itself. Sufficient for the day is its own trouble."

What three items would you take with you to a deserted island?: Drill, saw, and screws.

How long have you been at GOSS?: 2 years and 4 months.

What do you enjoy most about being on the QA Team?: It feels good working with people who embrace and treat you as family and genuinely care about your general well-being.

What has been your greatest achievement at GOSS so far?: The full testing of the phase ONE DCE project for Gateshead that went live a few months back without a hitches.

What's the best thing about working at GOSS?: GOSS is an innovative and technology embracing company. This in itself ushers in growth because of constant change.

Favourite motto/quote?: "Uneasy lies the head that wears the Crown."

What's your go-to karaoke song?: "He knows my name" by Tasha Cobbs Leonard.

If you could become any animal, which animal would it be?: I'd be a fish.

How long have you been at GOSS?: 2 months.

What do you enjoy most about being on the QA Team?: The positive attitude and team spirit. I'm constantly learning from everyone on the team.

What has been your greatest achievement so far at GOSS?: There has been a lot of training and learning products which has given me the opportunity to take on board new ways of documenting and testing. This has been made easier with the guidance from my manager and the support of the team.

What's the best thing about working at GOSS?: The colleagues I get to work and interact with have been encouraging and people are always willing to share information, resources, and knowledge. We also get to work on exceptional products and projects which is exciting!

If you could become any animal, which animal would it be?: Goldfish, I'll finally be able to swim!

What is your guilty pleasure?: Real Housewives.